Halloween, Timmy and I celebrated our 1-year engagement at Spinners on St. Pete Beach. It’s a rotating restaurant that I dumbly reserved a table for AFTER the sunset, so we saw a whole bunch of nothingness. We will return with much better timing.

I finally talked Timmy into wearing a couples’ costume, which he poo-pooed until he realized that it was just a black cotton t-shirt with jeans. We were Opposites Attract, but apparently people also thought we were a pregnancy test, so it has multiple uses. #Imeanttodothat

We also went out to Green Bench Brewery, one of our favorite St. Pete spots and in one of the most random run-ins I’ve ever had, ran into the little sister of one of my close college friends. WHAAATTT?! We ended the night at Enigma for a lot of gay costume contesting and free beers bought for us by people wishing that Timmy was gay. 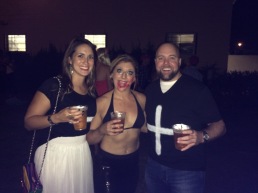 For maybe one of my highest professional achievements, I was selected as one of the 8 inaugural TEDxUSFSP speakers on November 13. I had a blast creating the talk, practicing it, and then finally performing on stage in front of students, colleagues, Timmy and Gavin, one of my friends that I met through St. Pete Pride. It was truly awesome, and I can’t wait until the video comes out.

Timmy and our friend Gavin 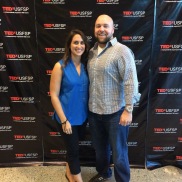 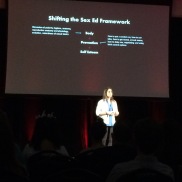 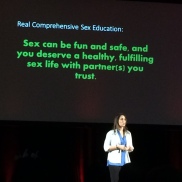 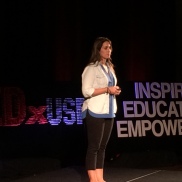 my flowers from Timmy

November finished out with a morning trip to Auburn immediately following my TEDx talk. It was a super fast trip that started with an 11 AM game and ended with a star-filled night at Lake Martin with good friends. We also got to meet Wiles, my friend Heather’s newest baby girl and Timmy got grossed out by my bachelorette party gift.

December ended the way it should. I made a gingerbread house for the first time, we moved Timmy out of his apartment in Orlando into mine (more on that later), drove to Atlanta for Christmas and New Year with both our families. A little drama here and there, a WHOLE LOT of driving, and so. much. love. 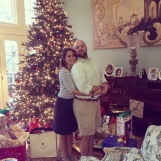 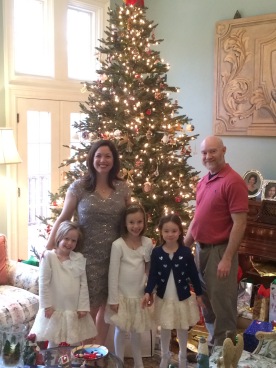 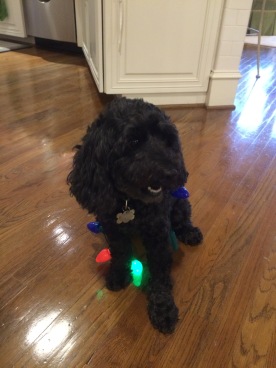 Floyd in the Christmas spirit

my nieces trying to hold on for NYE

my sis and bro-in-law 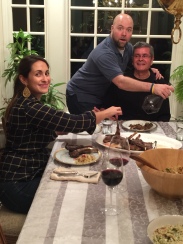 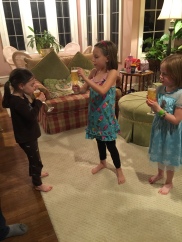 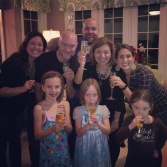 and our dogs finally get along

Hope you all had the best holidays, whatever you celebrate, and hope mostly that your final days of 2015 were filled with nothing but joy, love, and hope!