That really isn’t an accurate title seeing as how it’s still 85 degrees here in St. Pete every single day. Which probably explains how I had NO CLUE that it was already October, and trips and vacations have completely crept up on me, leaving me a little anxious and overwhelmed. When the seasons don’t change and every day the weather is the same, it’s really difficult to tell that time is passing.

But alas, it’s Fall now, and the only thing different here is that the sun is setting earlier. I can’t complain too much though, I’m still loving the warm weather and the ability to do anything I want outside now that the humidity is starting to slowly (and I mean slooooooowly) fade away. October here always means running around like crazy at work and in life, so I cannot explain how excited I am about our upcoming trip to Italy. A much needed vacation of wine, food, and enjoying our relationship. Coming home fatter is definitely the goal.

The last few weekends have slowed down as far as plans and visiting friends have gone, so it’s time to recap what life has been like lately.

First up, a month ago (good lord), Timmy’s best friends Corey and Magda were in Orlando selling their amazing stand up paddleboards (yes, they were the ones to donate the amazing raffle prize), so we ended up partying the night (almost) away on Friday. It was so fun to feel young again, we hadn’t gone out with friends to drink and watch a band in FOREVER. Was the band my type of band? NOPE. But Corey and Timmy felt 20 years old again, so Magda and I let them have their moment. The rest of the weekend was devoted to online classes for me, super blah.

Next up, Lucie and Mathew, one of Timmy’s best friends, flew down for a quick weekend getaway. I ended up quickly shooing them out of my apartment so we could get to the beach in time to watch a lovely Friday sunset. And man, was it spectacular.

I’m not even sorry that I hurried them out the door. It was necessary to see these views. 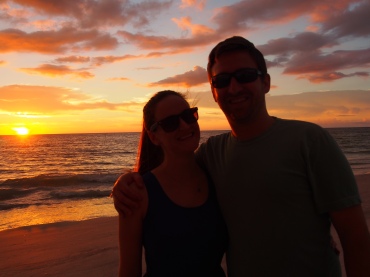 We spent a lot of time drinking that weekend as we got out for Local Fresh Brews Beer Fest in downtown St. Pete, which featured only local craft brews. And you know how Timmy and I love our craft beers! We had a great time, until a little snafu with the bouncer and the turning off of a t.v. featuring the UGA football game. We rallied as best we could, but for me, after my first full week with an added self defense class from 8-10pm on Wed. and teaching my class Thurs evening, I was DUNZO. 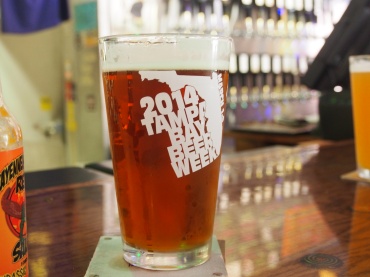 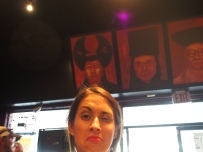 Full disclaimer: I was not at my best this weekend. I was exhausted and I’m not the best day drinker. Once that sun set, I was pretty much done and couldn’t come up with the proper mature way to express myself. OBVIOUSLY, this started a huge fight between Timmy and I the next morning, which was clearly the last thing you ever want to happen with guests around. We ended up salvaging the day with a really fast beach trip (it started to rain almost an hour after we got there), so again, my apologies to Lucie and Mathew. I hope y’all still had fun, despite my lapse of etiquette.

The following weekend, one of my lifelong best friends came down with her son for a super quick weekend visit. We ended up at another beer fest (duh) which was really family and kid friendly, but Hank was having none of it. Heather ended up taking him back to my place for a little de-stresser, then came back for us in the pouring rain. Poor girl. We were super bummed they didn’t stay, but when momma starts to get stressed because baby is stressed, it’s just better for everyone involved to take a step back.

Timmy and I had a fantastic time at Green Bench Brewery, celebrating their one-year anniversary. We ended up hanging out with the bartender we met the weekend before, and the day culminated with a basketball game in the brewery. That night, the three of us played Cards Against Humanity, and had ourselves a super relaxing, fun night. All in all, not a bad day.

Hank and Floyd got along just fine 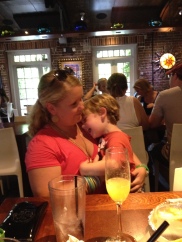 basketball game in the Brewery…totally normal for St. Pete 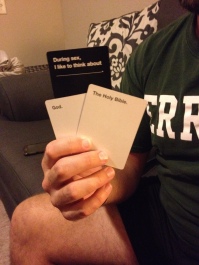 October is in the middle of its annual attempt to break me, so here goes nothing. I don’t plan on resurfacing for a while, not until it’s time for Italy. HOLY COW. ITALY.