In December, my family and I went on our very first Disney cruise. There were laughs, there was anxiety, and there were amazing memories. Best of all, I got to see Frozen twice and Thor (part 2) in the on-board movie theatres. Since I never go to the movies anymore, that was a win for me.

We had planned this cruise over a year ago, and it seemed like FOREVER to get here, and wouldn’t you know, it was over likethat. What a bummer. But after 7 days of being on a cruise ship with lots and lots and LOTS of children, and crazily enough, not enough adults who wanted to party, Timmy and I were ready to return to our lives.

It was an easy enough 2 hour drive to Port Canaveral from Lakeland (this was pre-move). We checked in extremely fast, and got to our room, where we found this view.

Yes, this was our view the entire trip. Not bad.

Apparently, we had the most central, furthest back room on the boat. And you’d think we’d be blown out by engine noise, but that was truly not the case. We had no obstructing view, no pesky neighbors to see all our moves (they had to literally peer around the walls by climbing on the back wall), and the flag was only up when at port. It was incredible.

The rest of the cruise is what you think it would be. Lots of kids, lots of awesome food, lots of handing out of antibacterial wipes. The onboard entertainment was meh, but we’re also not 5 year olds, so that could have something to do with our lack of interest. I was able to workout consistently for the first time in over a year in a gym, which because of Lakeland, was like a Godsend. I actually managed to NOT gain weight, which is a victory for anyone on a cruise ship.

Although it wasn’t super fun for adults sans kids, Disney really outdid themselves. We were on the Fantasy, which was just unbelievable. The size, the space, the decor, from top to bottom, just brilliant. And the on-board tv cracked me up because one of the channels advertised various Disney things on a loop. One of the videos was of the Fantasy when it launched. I knew previously from FB that one of our high school friend’s family was featured in the commercial and his twin girls played a starring role. What I didn’t know was that the whole family was featured in the video on-board, so I got to see Justin, his wife, and twins about 700 times on that channel. It’s like we took the cruise with them.

The weather turned on us the last few days, so I wasn’t able to get as much sun as I would’ve liked. But it was such an incredible experience, to be able to travel with my family, see my nieces light up at all the Disney fun, and hang out with my loved ones. I would recommend it for anyone looking to have fun with their family with childcare they can trust and fun experiences for all ages.

We also did the port adventures, which were just freaking awesome. We rode with dolphins, pet baby sea turtles, drove high speed motor boats, snorkeled in the reef, and had the greatest time. Yes, I left that cruise more in debt than felt comfortable (really, when is it ever comfy) but God, I wouldn’t trade those memories for anything. When I say that I practically wet my pants from laughter driving that motor boat…

I’ll leave you with a few pictures from that amazing week. It turns out I didn’t have as many pix of my twin nieces as I would’ve liked because they had some sort of averse reaction to being on a Disney cruise which left them completely unable to leave their mom’s side without melting down. Sad, but hey, I wasn’t going to push it. A clingy, not crying child is preferable to a crazy, tantrum child any day.

hanging with our monkey towel 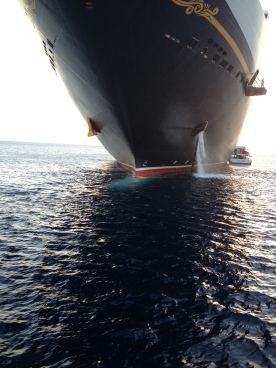 Disney should hire me to be their photographer 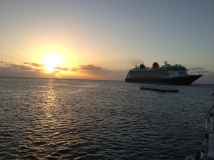 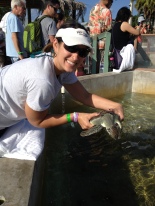 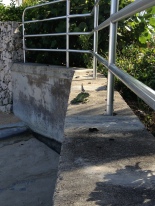 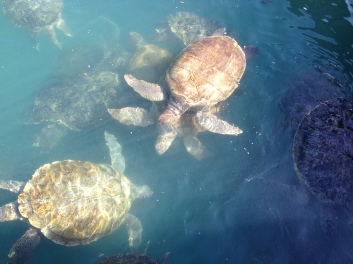 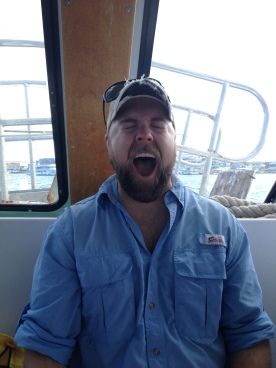 This is Timmy’s “Swimming with Dolphins” face 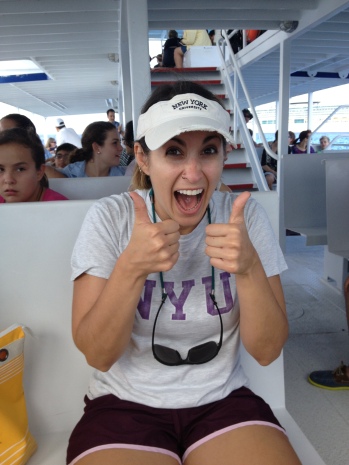 This is my “swimming with dolphins AAAAAAAAAAAH’ face 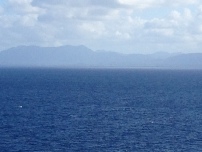 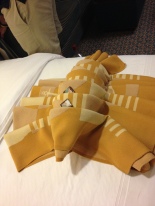 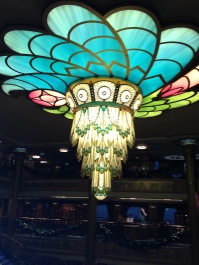 Gorgeous light fixture on board

We saw a manatee while waiting to leave port

One thought on “Disney Cruise Memories”