This is what my iPhone says we’ve been doing lately. Look at the pretty pictures and try to follow along!

The first table we sat at for the wedding reception. No thanks.

This is one of the best parts of my day. 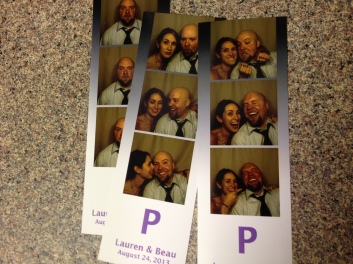 There may not be a whole lot going on in downtown Acworth, GA, but this venue was gorgy!

the dinner of champions…who want diarrhea

Just at the Sunken Gardens in St. Pete 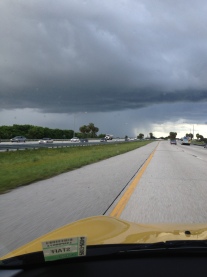 I think it’s raining on the left. Do you?

Even though Timmy thinks there’s cameltoe, I think it’s FASHION!

Just kidding. I was going to a wedding.

Because some pictures call for arms akimbo

Because that’s what everyone wants when they eat.

see what I did there?

Doing my best to get into that damn scorpion pose. Back issues be damned!

Let’s face it, white people can be really embarrassing. When one race runs the world (or at least has until us Hispanics outbirthed them the last few years), they attempt to co-opt any and all fun activities from other walks of life and call it their own. Let’s run through a very short list of things that weren’t white people’s stuff that now kinda are:

First of all, I titled this post “White People Silliness” because I like to make fun of white people. I assure you this is not racism, or reverse racism, or any other -ism that advanced degreed minds who work in cross-cultural, post-apocalyptic, marginalized intersectional feminism preach. This is plain and simple fun. Because if you can’t laugh at yourself and the human condition sometimes, then really what is there to look forward to in life?

In a world full of Paula Deens, think of me as Shaula Zeen (that sounds Latin, right?).

Let me start at the beginning. I was born and raised in the South, a true Atlanta native. I was raised in Buckhead, a very affluent community right in the heart of Atlanta. So when I say I’m from Atlanta, I mean Atlanta, not Lawrenceville, not Marietta, not Fairburn. My mother is Spanish and my dad is Panamanian, so I like to refer to myself as Spam. And in every sense of that meat-like mashup product, I am a mix of so many different identities: American, European white, Spanish, Native American, Panamanian, Colombian, Southern, woman, feminist, daughter, sister, aunt, friend, etc. My older sister and I are first generation Americans.

Growing up in the South was pretty challenging for us. Everyone I grew up with was a blond-haired, blue-eyed, American, English-speaking Southerner with grandparents who lived down the road, and an extended family within driving/plane distance. Everyone spoke the same language, and everyone bled red, white, and blue. They listened to Bruce Springsteen and loved them some hot dogs and fried chicken.

Then there’s me. Olive skinned. Dark haired. Dark eyed. My family no habla inglés. Out of our entire family, only the four of us celebrate Thanksgiving, and every New Year’s Eve, we eat 12 grapes in the last 12 seconds of the year. We listened to the Gipsy Kings, and ate paella and a Mediterranean diet (although we did love us some hot dogs and fried chicken too). Everyone always thought I was Mexican because that’s the only Spanish-speaking culture they were aware of in Georgia. Ignorance ran rampant, and I never knew exactly where I fit in.

Timmy’s never ever had that problem. Obvs. 1) He’s a dude. 2) He’s Whitey McWhiterson. 3) He’s a true Southern boy with deep roots in the region. 4) He has a beard. (a real one, not in the way that I am his beard because he’s gay and needs me to cover for him…wait, forget I said that part).

Timmy went to Auburn University, in good ole Auburn, Alabama. What would possess anyone to move from Stone Mountain, GA, which ain’t that bad of a town, to Auburn, AL, I have no idea. He loves that town, with its two downtown streets, its football/any collegiate sport and drinking culture, the shouts of “Roll Tide Roll” (wrong school? I kid, I know it’s “GOOOOOOOOO DAWGS! SICK ‘EM! RUFF RUFF RUFF RUFF!” Wrong again?). He loves when Auburn peeps see each other anywhere in the world and acknowledge each other with a simple, “War Eagle.” It’s his happiness.

I am big city ALL THE WAY. I went to NYU because I couldn’t stand the idea of living in a small college town. My dad is from Panama City, Panama, and my mom is from Barcelona, both majorly large cities. I love the idea of getting lost in a big city, having to make my own way and contributions and always being reminded of being significantly insignificant. This is one of the main reasons why I hate Lakeland so much. I got my Master’s degree from Emory; there’s a reason I went to two schools in a row with no football team.

Timmy and I are different in a number of ways, but we did have a lot in common growing up. Going to Woodward together for middle and high school, we knew all the same people, we did the same after-school activities, we were both athletes, and very social people. We both like being the center of attention, public speaking, and being true to who we are. We’ve both lost very loved people in our lives, and we both made our lives exactly what we want them to be.

But Timmy and I are different mainly because of our cultural differences. I grew up with a natural rhythm in my body. It’s something that Latin people can’t describe; it’s just something we have inside that allows us to always find the beat in a song, to dance well, and look coordinated in our movements. I have no idea where I got it because it’s not like I took Latin dance lessons when I was little. But my whole family has it, and we always find ourselves fighting the urge to just get up and dance. We just feel the music.

This is Timmy dancing:

END_OF_DOCUMENT_TOKEN_TO_BE_REPLACED

Now, on top of worrying about the ozone layer, global warming, Florida drivers and odd occurrences, random acts of God, mosquito bites, cancers of any kind, living up to my potential, being kidnapped for 10+ years, and shootings from fundamentalists from any religion, now I have to fear that lack of sleep will make me gain weight and die earlier. Great. Just awesome.

I’ve always been a nocturnal person, and it just seems like life is stacked against people like me. Even when I was little, like 3 or 4, my parents realized how completely futile bedtime enforcement was, and so instead, they simply instructed me to keep my door closed after 8 pm and not come back out. I could do whatever I wanted as long as I was quiet and stayed in that room. Easy peasy.

I’ve been in the working field now for almost 6 years (including graduate school, which, let’s face it, is the most stressful thing you’ve never been prepared for), and I STILL cannot get used to waking up early and working until 5 pm. I’m a useless sack of skin until around 3 pm, and that’s only if I’ve gotten a 20 minute nap somewhere in there. No nap, and my usefulness to society doesn’t actually begin until about 20 minutes until 5.

This is me, every day I’ve ever had to work. Which is every day, every week, every year, until I die.

Everyone keeps telling me that I’ll get used to it eventually, but they are all liars, I’ve decided. You simply cannot make someone whose normal internal clock runs from 11 am until 12 am to get up and do anything productive at 6:30 am until 5 pm. It would be like telling Amanda Bynes to adopt a work ethic like Helen Mirren. IT DOESN’T WORK THAT WAY.

Have you ever tried to do something sleep-deprived? Of course you have. Anyone who has kids can also attest to this, although parents are driven by some primal desire to not kill their kids to propagate their genes or something like that. I’m driven by my incessant need to sleep until I’m naturally ready to wake up. I crave sleep all the time. And whenever I do have kids, it’s only going to get worse. I will be a monster.

It’s gotten to the point where my level of desiring sleep and my level of frustration with the ridiculousness of all this are almost the same.

Even as I type this post, I’m struggling with the thought of saving a draft and taking a nap instead of finishing. Pathetic. Am I ever going to grow out of this? Will I always have to be subjected to unfair working conditions and expectations simply because my circadian clock (which is basically your internal sleep/awake clock) is off a few hours from everyone else’s?

I don’t have the answers. What I do have are my ways of getting through a work day when you’re plagued by sleep deprivation. Here’s how I do it:

Those are my ways of getting through the day, with little to no scientific proof to back up any of my methods. Learn and take what you can to apply to your lives. Or talk to your doctor. Either one.

Unless you’re one of those morning people. In that case, go jump off of something high and dangerous. You’re not welcome here.