OMG, looking for places is seriously one of the most stressful things to do EVER. I hate doing it, even though I am the most organized person I know. I dislike the planning of looking for places, having to keep everything straight as far as square footage, bedrooms and bathrooms, location, amenities, safety and crime, as well as the cost. Does it have a fenced backyard? Since it’s Florida, what does the outside living space look like? Will we be able to sit in a screened-in porch to save ourselves from mosquitoes and heat or we will we be subjected to the sun as soon as we walk outside and get skin cancer immediately? What shops are around (hint: there’s nothing in Lakeland) and are there good restaurants nearby (hint: Outback and Olive Garden do NOT count as quality eateries, regardless of what the realtor told us)?

Even harder is having to look at places with someone else. Compromise is a pain in the ass. Has anyone told you that? That may be not PC or romantic, but it seriously is. You always have to keep their opinions and thoughts in the mix, even when you hate/love someplace immediately. You can’t crush their spirit by just outright saying, “YOU HAVE NO IDEA WHAT YOU’RE TALKING ABOUT.” (This didn’t happen, but there were fleeting moments when both of us just gave each other that look…you know that look. The look that implies, “Please hurry your ass up.”)

There were a few moments I’d like to share with you here. Some extremely high, some low, most meh. Join me, will you?

My first stop ever in Cordele (pronounced Cord-eel), where Timmy’s heritage began. 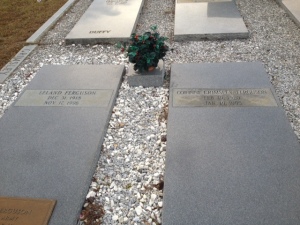 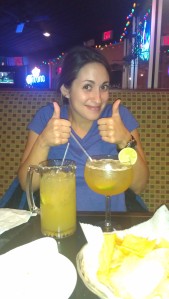 These are not both mine, although the one on your right was way better. Timmy just made me pose with them both.

So that about wraps that up. We found two houses, one of which we still have to look at later in the week, and also maybe one apartment that are all on our short list. We’ll update once we know where we’re headed. Hopefully, sooner than later since my last day at work is January 4, 2013!!